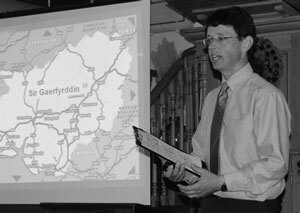 Menter Ieuenctid Cristnogol (M.I.C. for short) was formed in September 2009 to support the work of the Welsh medium churches of Carmarthenshire in the task of making the good news of Jesus Christ known among children and young people. M.I.C. endeavours to accomplish this by organising a wide variety of activities which include sporting events such as indoor football, netball and athletics, but also spiritually focussed occasions such as special Sunday School events (known as “Bwrlwm Bro”), holiday clubs and contemporary relevant services. One of the exciting developments in recent years has been the establishment of several children’s clubs in various locations across the county which meet during the week after school hours. These clubs are run by the support of the Myrddin Presbitery (Presbyterian Church of Wales).

The overall aim of M.I.C is to present Jesus Christ as Lord and Saviour and to nurture the young from a tradition of religious formality to the point where they may embrace Christianity as a living, dynamic faith which has a bearing on every aspect of one’s life. Membership of M.I.C. is open to Christian churches of all denominations. It is currently funded by Baptist, Presbyterian and Welsh Congregational churches. generic sildenafil